Ilse started at MD Law Group in October 2022. She has dual citizenship from Mexico and Canada. As part of her exceptional skills, she can represent clients who speak English or Spanish.

Ilse recently finished the Internationally Trained Lawyer Pathway Program (ITLPP) at the University of Alberta. Last September 2022, she received her Certificate of Qualification issued by the National Committee on Accreditation of the Federation of Law Societies of Canada. She is excited to continue her legal career in Canada as a Criminal Defence Lawyer.

As part of her legal experience in Canada, Ilse volunteered in Family and Civil Law at Student Legal Services, University of Alberta, during the fall semester of 2021. As part of her duties, she assisted in identifying legal issues and provided legal information to individuals who exposed their legal concerns.

As part of her legal experience in Mexico, while being an intern at the Fourth Civil Court of Puerto Vallarta, Jalisco, from February 2010 to April 2013, Ilse performed judicial hearings and executed seizures representing the court. She also learned the full judicial process including a deep understanding of civil, family, commercial, and administrative lawsuits.

Ilse also developed exceptional experience while being a sole practitioner from June 2012 to May 2013. During those years of private practice, Ilse practiced Family (divorces-child support) and Commercial Law in twenty-one lawsuits with favorable results. As a Sole Practitioner, she brought and won an appellate action presented against a final decision in a commercial lawsuit.

As a legal representative of the Municipal Government of Puerto Vallarta, Jalisco, Mexico, Ilse represented the best interest of the Government in commercial, administrative, civil lawsuits, and public meetings that had a social and political impact. As part of one of her higher achievements, in a Civil lawsuit, she identified a limitation period issue, and helped the Government to avoid the payment of $2, 435, 022.00 CAD.

Ilse is well knowledgeable of the Civil system, and she currently has active licences for the state of Jalisco, and her Mexican federal licence that allows her to continue practicing the law in Mexico.

Ilse is passionate about the practice of the law. She takes seriously each matter that is brought to her. Preparation and being knowledgeable about each case provides her the confidence that is required for an optimum representation of her clients.

As part of her personal interests, she likes to spend time with her friends and family. She enjoys doing exercise and playing volleyball. As part of her development, she believes is important to make time for herself and the practice of meditation. 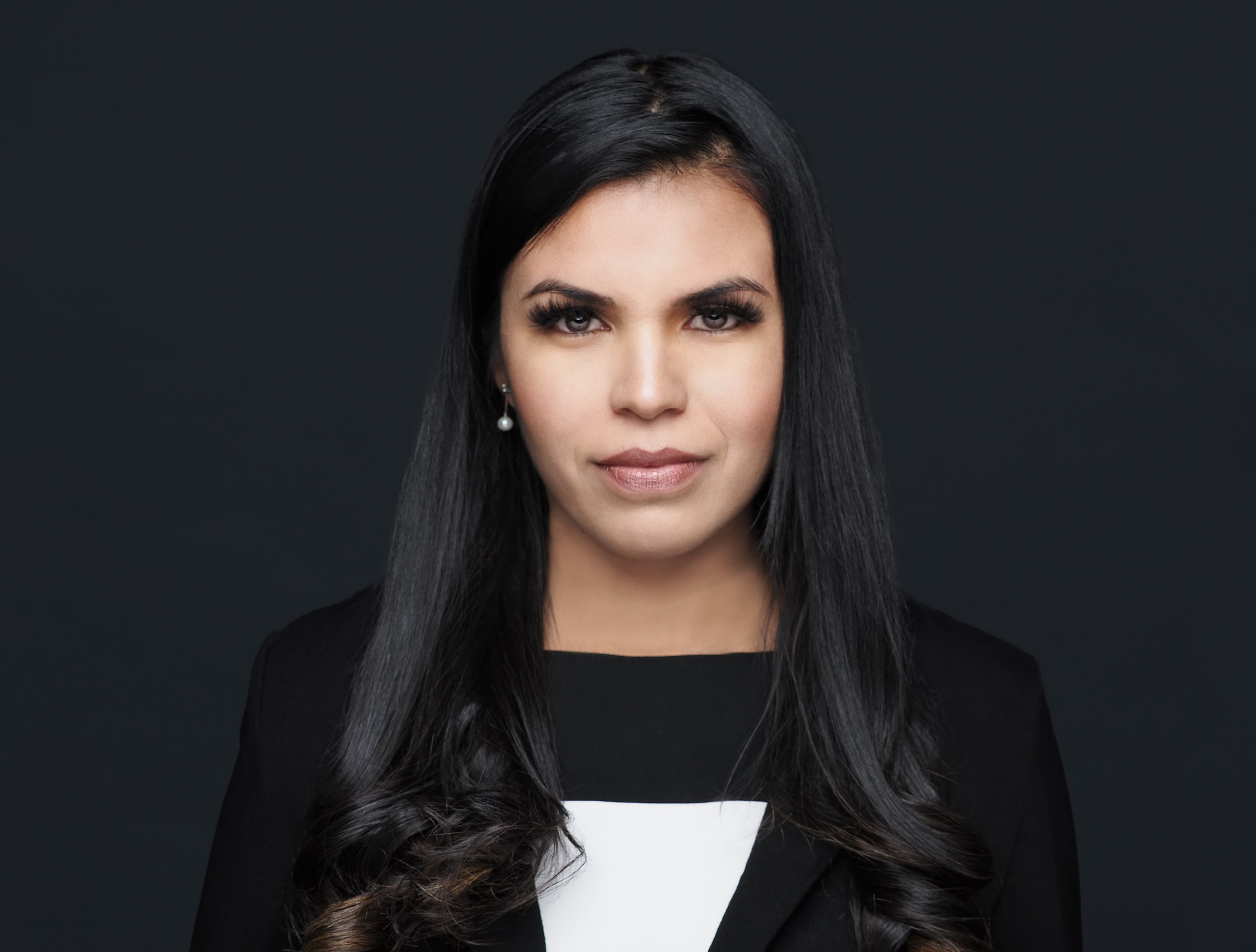 (800) 338-4765
Thank you! Your submission has been received!
Oops! Something went wrong while submitting the form.
Positive: Professionalism Very personable, professional and above all caring.
john vrban
a year ago
Jessica Cartwright done me justice she got all my charges dropped so I can continue with my studies to become a pharmacist thank you so much for you time and amazing effort you have helped me in a big way so my future is set thanks md law group and thanks to Jessica
Abdifatah Abdi
a month ago
Dan Murphy is one of the most considerate and patient professionals I have ever encountered. His ability to understand and properly address all my concerns while explaining all aspects of any and every issue with complete clarity is unmatched. Thank you Dan Murphy for your expertise. You need not to look any further. Dan Murphy on your side is worth more than currency.
Robert Rewus
a year ago
Positive: Professionalism , Quality , Responsiveness , Value Weary professional and fast lawyer. Highly recommend Dan Murphy for anyone who needs fast help. I have call back ten minutes later after i apply for free consultantion. My problem gets fixed same day. I am very grateful to him for his help
Artem0123
a year ago
Positive: Professionalism , Quality , Responsiveness
Magnus Wolfe
a year ago

Are You Looking for Legal Advice or Representation in the Alberta area?

What Our Clients Say About Us...

Hear from some local people we've been able to help.

Dan was very professional throughout the duration of being his client, he handled things in a timely manner, and always kept me in the loop through all the proceedings, in the end he got the result we were fighting for, thanks again Dan!
andy mac
4 weeks ago
Dan was amazing he stepped up and helped us when no one would. We would reccomend him to help you out too if you need it. He was fair and honest with all answers and very knowledgable of the system. Thank you again Dan and all the staff at the office for going above and beyond. The Lafrances.
Lindsey LaFrance
2 years ago
Dan Murphy is your man!! If you have found yourself in unfortunate circumstances and you need someone you can count on. Look no further Dan is the lawyer for you!! He is very professional, reliable, compassionate and understanding. Not to mention his fees are more than reasonable and worth every penny!! No more sleepless nights, tossing and turning with Dan on your side. You will rest well knowing you've made the right choice! The confident reliable choice!
Anonymous Anonymous
a year ago
Read More Client Reviews

Facing a Legal Issue? Stop Dealing with Uncertainty and Call to Speak with a Lawyer Today.

We offer a free consultation so let's discuss your legal matter. We can let you know what your legal options are, and give you advice on how to proceed. Then, you can confidently face your legal challenges. We are here to represent your interests.
Call (800) 338-4765
Setup a Free Consultation

If you have any questions - feel free to call us. Parenting After an Emergency Protection Order

With the implementation of the Protection Against Family Violence Act in Alberta, Emergency Protection Orders (“EPO’s”) have unfortunately become all too common in the family law world. Often, clients come to MD Law Group after an EPO has been granted against them and they are distraught because they are no longer able to see their child(ren).
Read article Divorced with Children: What to Do During Summer Break?

hen it comes to planning for the summer, divorced parents must become creative and consider each parent's situation. One strategy is to alternate weeks between both parents, allowing kids to spend equal amounts of time with each during summer break. This could mean that one parent gets their week when the other has work or other commitments they need to attend to.
Read article Family Mediation And The The Division Of Assets

Another important question to consider is how the division of assets will be handled. In many cases, couples can agree on who gets what without too much difficulty, but it's not always easy! Even small items like furniture and appliances can cause a great deal of dispute between parties during a divorce.
Read article This is just one of the many examples of how divorce affects children. Children who experience parental divorce go through a range of emotions such as sadness, disappointment, confusion, and fear. They can also feel isolated, insecure, and angry. Divorce can have a significant psychological impact on kids that often carries over into adulthood.
Read article What Is The Safe Roads Initiative In Alberta

The SafeRoads initiative is one of the most significant changes to Alberta’s impaired driving laws since the introduction of ‘check stops’ in 2000. As part of its responsibilities, SafeRoads has the power to issue administrative penalties rather than prosecuting impaired driving offenses through criminal courts.
Read article Fresh Evidence Through A Private Investigator

Fresh evidence on appeal, as it suggests, implies new evidence that was not brought before the trial court. Consequently, the applicant seeks to use it at the appeal court. Appeals are generally decided based on the records from the court below and the arguments of counsel, not new trial.
Read article
View All Articles